Where to start? I guess from the beginning. I am a 36 year old married father of two (almost 3) living in Wesley chapel, FL. Below is a short synopsis of the incredible family I have and how it came to be.

I met my beautiful wife Jennifer at Coach's Corner in Lancaster, Ohio of all places. I was a manager at the bar and her foster mom Lisa was one of our patrons. She let Jennifer know how super amazing, great, awesome, spectacular and humble I was so Jennifer just had to meet me. She came in one night to meet Lisa (but mostly me) and the two of them had a couple cocktails. The next thing you know she goes to sit down on one of those high barstools and falls directly to the floor. After laughing behind her back hysterically and being the gentleman that I am went over to see if she was OK. The rest is history, sparks flying, doves singing, mountains moved and then we were married six months later. I know it doesn't seem like a long time but we just kind of clicked and new it was time.

I was a self employed web developer and she was a tester in a very large fortune 500 company so we looked at work a little bit differently. We had a five year plan to have fun together before starting a family. We worked hard and played hard like all new married couples do. We took a few trips to Maui (which is beautiful by the way and I highly recommend it) and then we started getting comfortable with just being together. Don't let me fool you, we had our ups and downs but we came out the other side unscathed. That is when it happened, almost five years to the day those exciting yet scary words were muttered from her beautiful lips "We're going to have a baby!".

We're going to have a baby!

And then there were three

Nine months later (apparently it's 10 months for all of the pregnant moms saying I'm wrong right now) We had Daxton. The funny thing is we were going to name him Daxter. My brother Adam called me the night my wife went into labor and said "What's his name going to be again? Daxton?" we immediately knew we were going to change the name.

What's his name going to be again? Daxton?

While Jennifer was in the hospital I had to go out and get a O and a N and spray paint them to change the name we already had on the wall. He came home from the hospital and started to grow up. Crawling, talking, walking, reading, sports and school. Wow that was a quick way to get from the hospital to now hes a seven year old wonderful young man. He loves all the stuff most boys his age do. Super heroes, ninja turtles and so on. He is also indoctrinated into the culture that is the Ohio State Buckeyes just like his parents and we wouldn't have it any other way.

Fours not a crowd

Four years after we had Daxton we were blessed with our beautiful princess Cadence. When I say four years after I mean almost exactly four years, Dax and Cadence's birthday is one day apart. Remember this because it gets more interesting soon. Cadence grew up quick and it's true that all of the caution you had for the first child is not quite there for baby number two. She is a bundle of energy running all over the house, playing with her dolls and giving her big brother a hard time. The good news is that they get along pretty darn well despite the he/she took my whatever arguments. Cadence just started dance class and preschool having just finished her first year of swim lessons over the summer. She is a little strong willed compared to her brother but that's ok as long as it's only towards her mom.

Going for the Tri-fecta

Here is where that exactly four years apart gets very interesting. We found out we are going to have another baby girl and guess when her due date is? The day before Cadence's birthday and two days before Daxton! With Thanksgiving three birthdays and Christmas around the corner I think November is going to be a very long month going forward. The new baby is going to be named Scarlet and we couldn't be more excited to welcome her to the family. Going forward I think I might have to teach the other kids how to change all those dirty diapers though.

I hope you have learned something about me and I look forward to updating this page to keep everyone informed about our health, wealth and wisdom in the future. If you want to see some pics of the family head on over to the photos page. I'll be talking to all of you again real soon, bye! 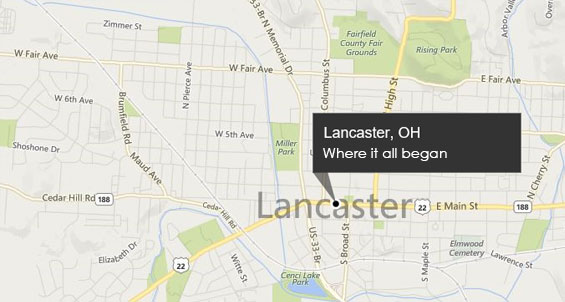 We both grew up in Lancaster with our families and we still have family and friends living in the area. Below are a some fun facts about Lancaster and the surrounding area, get ready to live!

That's it for my Lancaster facts, The last one is the most important of course. Check back often for updated info and just general fun from around the area.

I'm not a doctor

It is a simple fact the the lifelong bond of marriage just isn't the same as it used to be. What used to be a lifelong covenant between two people and God, seems to have been lost somewhere in our own selfishness. I'm going to give some hints about what Jennifer and I do to keep the marriage fresh and strong and remember I'm not a doctor.

The single biggest thing we have done is to imagine divorce doesn't exist. If divorce didn't exist that means there would be one of two options.

I completely understand that both options are tough and sometimes we think it would be easier to give up. The next time you get the time to tell your spouse you love them, Do it! It may seem futile at the time but everytime you do it remember that just married feeling and how much you loved them then. Marriage is a full time job and should be treated as such. You don't get a raise or promotion on the job for sitting around and doing nothing and your marriage will treat you the same. Remember that you both will need time alone, but the time you get together should be special so try and make it that way even if its just watching a movie together.